"Whoa. You sure this is your first time doing something like this?"

"Dressing like a girl? Yes. But you know I've been a makeup artist for years."

"Are you getting turned on by me dude? haha, I'm not that convincing, come on."

"It's simple, I'll take your picture right now, send it to a few of our friends saying you're my new girlfriend, and see how they react."

"I hadn't really thought of anything. I mean, I suppose I wouldn't mind you paying my share of the rent this month."

"Alright, and when everyone wonders why you're suddenly into such non-feminine women. I get to dress you up and tell all our friends that you have a new pastime."

"Alright, we'll tell then after a week or if they start acting weird, we'll also tell them that I'm the 'girl' in the picture you sent."

"That's still crazy, but fine, I know I'll win so whatever, I hope you're ready to pay up come rent time."

"And I hope you're ready to be thought of as a sissy for a week." 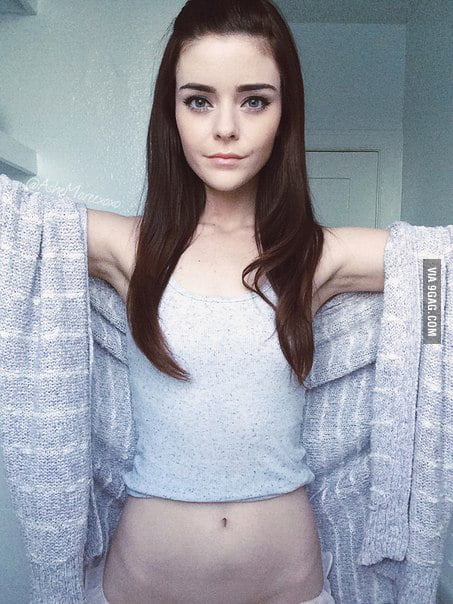 It was astounding just how quickly I lost our bet. Within the hour everyone that received a picture was practically bowing at his feet since he had landed 'such a hot piece of ass.' Sexism aside, I was disappointed in our friend's gullibility, until I took a look at the picture. That's me? My surprise soon subsided though as I remembered that I now owed Jack's share of this month's rent.

After that day things were pretty normal, and once I’d honored my side of the bet, I expected the whole situation to be a thing of the past. I was wrong. I started getting texts from our friends commenting on Jack’s ‘girlfriend’ asking if she was a beautiful in person as she was in pixels seeing as we were roommates and if anyone had seen her in person it’d be me. I tried to not say much considering that y’know, she doesn’t exist. Just saying things like “yeah, she pretty” and other short answers. After covering for Jack for a while I had to confront him.

“This has gone on long enough don’t you think? Seeing as your ‘girlfriend’ doesn’t really exist you should probably tell the guys that you have broken up or something, anything to kill the character so to speak."

"I agree, their questions are endless man. I was on the edge of texting that all day to be honest."

Within a week I was bombarded with requests for her number. All of our friends heard that Jack dumped her and immediately saw an open door. You can't even imagine how awkward that whole situation was. First, they were kinda breaking rule number 1 of the bro code completely unabashedly and secondly, my friends were super thirsty.. because of me. It almost sent shivers down my spine to be honest.

"Things were much easier when they though you were dating... did we ever even give female me a name? -Anyways, we need to claim y'all are dating again, it's way too weird getting thirsty texts from everyone asking about.. her.."

"Huh, they haven't said much of anything to me. I thought they had dropped it. It's kinda fucked that they haven't honestly, she's my ex after all.. kinda. Whatever, how do you propose we go about this then? Just claim we're back together?"

"Well, firstly I think she needs a name, and we ought to get another picture of her I'd say."

"Well, I've always liked the name Ashe, so there's a name, I suppose the rest is on you huh?"

I can't believe that not only did I sign off on this but that it was my idea. Not only that, but why did I decide to go this far?

I mean, it definitely will get the point across that they're a thing again, I just can't tell you why I was so into taking this picture. Whatever, at least it was done.

"Imma stop you right there. It's still me there."

I was dressing as Ashe and having Jack send photos at least once a month and though I initially dialed back the sexual nature of the pictures a bit I didn't care to keep that up for long. 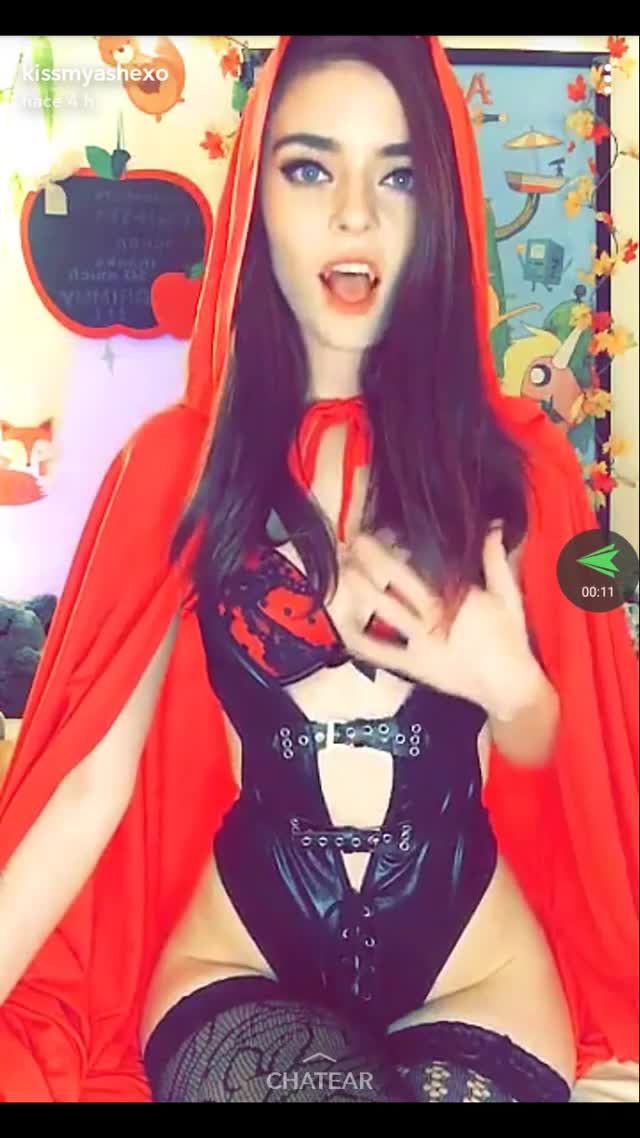 Sexy costumes like this only lasted a short time before I returned to varying states of undress. 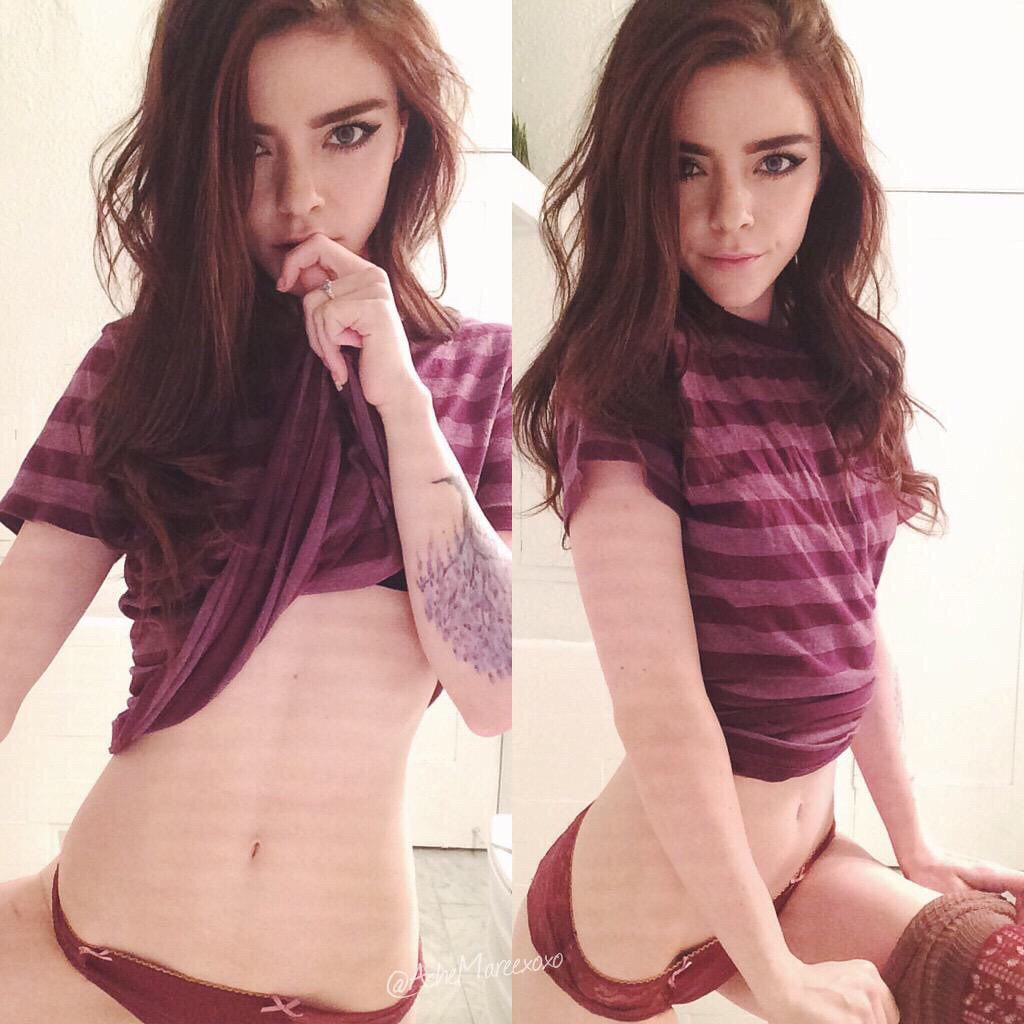 I was even trying to be cute in some pictures.

It was 6 months of this before I decided to take things a bit further. I was enjoying making myself pretty every once in a while so much so that I thought I'd give actually being Ashe a go. Luckily for me, the local gender clinic had really fair pricing compared to others in the area and I was able to hop the fence without breaking the bank. Naturally, my first picture actually as Ashe was one showing off my new assets. 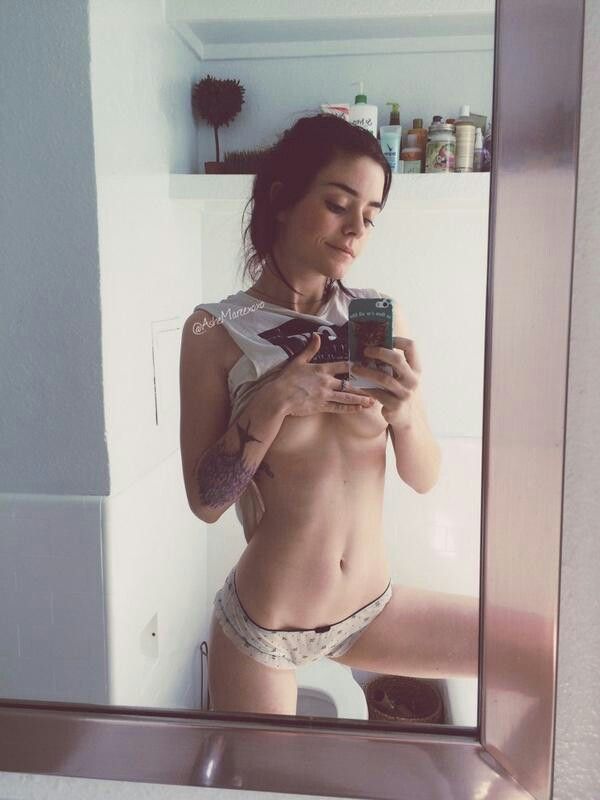 Soon after sending that picture to Jack I realized I wasn't sending it for the compliments, I knew damn well that I was sexy by now and at this point I was just having fun teasing our friends. As such, I knew the next logical step to further my little game. It was time for our friends to actually meet 'Ashe.' Jack was of course all for it, he gets to have a beautiful woman on his arm to impress his friends and we both get to laugh at their inevitable thirsty texts in regards to.. me.

At this point I should've known I'd never really go back to being a guy. I mean, just look at me. I was taking selfies for myself at this point just because I felt pretty and a bit silly, so why not. Our little date was pretty fun all things aside. The texts after it all were hilarious though. They were all speaking of Ashe like she was a goddess and acting like I had missed the opportunity of a lifetime by not being there with them. Admittedly it was a bit weird just how much I was enjoying tricking all of our friends, but I didn't care and I was more than excited waiting for our next 'date' with the guys.

This little charade continued for weeks before it finally hit me. I wasn't going out with Jack to mess with the guys anymore. Some part of me just wanted to be around him. Once I realized that I started looking at my actions since taking on the Ashe character. It started off just being for the joke but before too long I started enjoying the compliments and then shortly after my trip to the clinic, I began looking at Jack differently. And now? Now I had truly become my character, and I was finally ready to embrace it.

"You probably shouldn't send this one to the guys" was all the context I gave before texting him my first ever nude. He was outside with me in seconds after seeing it.

"Well, you've never really commented on me like our friends, I wanted to see what you thought of your girlfriend.." I said nervously.

Before he turned to leave I jumped up and wrapped my arms around him before moving in for a kiss. He didn't resist anymore after that, he eagerly returned my kiss and one thing led to another. We didn't leave bed for the rest of the day, hell, I didn't want to leave that bed for the rest of my life. The shear pleasure I felt with each touch drove me wild. I was in heaven and in that moment I knew that Ashe was here to stay.

It has been 6 months since the new me was born in that bedroom and though we weren't sending pictures of me to our friends anymore, I certainly hadn't stopped sending them to Jack, we were an item after all and I liked keeping my man happy.

(This is not what I initially set out to write. This was going to be closer to Acceptance and Denial in theme but as I wrote the story took a life of its own as it always seems to do when I write and though I could have made it fit my initial idea for these pictures I'm glad I didn't. I enjoyed writing this despite it not being my usual style and I hope you enjoyed reading it despite that as well ^_^)
at March 13, 2020 No comments: